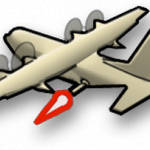 Specter is a Blue Moon CO, Kanbei's nephew, and Sonja's cousin. He attended military intelligence class with Sonja under Yellow Comet before transferring to Blue Moon to begin his army training. Learning the ways of deception in warfare means he specializes in enhancing Stealth Units in the field of battle. He keeps close ties with Sonja, often working together during different conflicts to accomplish resounding results.

Specter has Tag Breaks with the following CO's:

Specter's abilities and powers mainly affect only three units: Snipers, Stealth Fighters, and Submarines. He is otherwise a very all-around CO to play with. However, the boosts he gives to Snipers mean he can somewhat control the field against enemy Infantry units in the early game. Once he acquires Airports and sea Ports and enough funding to produce Stealth Fighters and Submarines, he can excel in the late game with the right strategies. With the increased firepower and using less fuel each day, his hidden units can do lots of damage to high-cost and high-priority units. His opponents need to have a unit adjacent to his hidden units before they can attack them. By keeping his opponent's units occupied with finding his hidden units, and only a few units can actually engage them when they are hidden, he faces fewer attacks against his own units, thus taking less damage overall.

Specter can also be beefed up with the right set of CO Skills. Both Sneaky and Stealthy can stack together to reduce dive/hide fuel cost by 3. Backstab gives a 15% increase in Dive/Hide attacks. And Mistwalker hides all of your units during Super CO Power. On top of that, all of your units being hidden means they will benefit from the increased firepower to hidden units. Furthermore, during the enemy CO's turn, when they attack your units hidden under Mistwalker, your units will attack first during the counterattack, doing more damage to your enemy's units at that moment.

"From the shadows I come!"

"Strike from the shadows!"

"You gotta see it to believe it!"

"You never saw that coming!"

Specter: "Did you see that, cousin?"

Specter: "Quick and silent! That's how it's done!"

Sonja: "You couldn't have done it without my intel."

Sonja: "Two brains are better than one!"

Specter: "You got that right, cousin!"

Specter: "We are unstoppable!"

Kanbei: "We strike swift and hard as one!"

Retrieved from "https://advancewars.fandom.com/wiki/User:EvErLoyaLEagLE?oldid=12603"
Community content is available under CC-BY-SA unless otherwise noted.