Intelligent Defense Systems (Or IDS for short) is a Force in Advance Wars: Days of Ruin. They are a private military contractor and terrorist organization led by one Dr. Caulder and made massive amounts of money by selling weapons of mass destruction. The Rubinelle/Lazurian war was especially profitable to them.

Their most notable accomplishments are The Great Owl, The Nest, The Talon Gun and creating a parasitic flower species that causes flowers to grow from the victim's body and kills the young first, then the adults.

Intelligent Defense Systems' COs are: 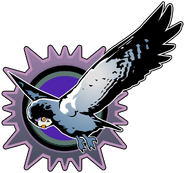 An IDS soldier.
Community content is available under CC-BY-SA unless otherwise noted.
Advertisement