Eagle (Japanese: イーグル) is the commander-in-chief of Green Earth. He is a playable CO in every Advance Wars game except Advance Wars: Days of Ruin. He debuts in the first game as one of the primary antagonists, but later becomes a powerful ally against Sturm.

Eagle first joined the Air Force in honor of his father, likewise an Air Force officer. He is the leader of Green Earth, and is held in high regard by the citizenry. Despite the fact that Drake is almost his polar opposite, the two are steadfast friends. He often argues with Jess about how to defend their homeland, and will forever hold a grudge against Hawke for his role in the invasion of Green Earth during the events of Black Hole Rising. He sees Andy as his main rival as a result of their battles during the original Advance Wars, when a clone of Andy was used to frame Orange Star for Sturm's attacks on Green Earth. Over the course of the three games that he was involved in, he has developed a strong relationship with Sami of Orange Star.

Eagle is a young man of the Green Earth, his age is late teens. He has silver hair and black eyes, he wears a dark blue flight jacket with a lucky goggles hanging on his collar, brown long gloves, gray pants and dark brown boots. He also wears an orange scarf on his collar but he loses his scarf during Dual Strike.

Eagle receives a 20% firepower boost with Air Units (15% in Advance Wars and Advance Wars 2). In addition, his air units burn two less fuel per turn. However, his Naval Units are 10% weaker than the baseline. His Land Units have no special bonuses or penalties.

In Advance Wars: Dual Strike, Eagle's powers in general allow his units to move again. His CO power, Lightning Drive, imposes an offensive penalty on the second move. His Super CO power, Lightning Strike, boosts both offense and defense in addition to the additional turn.

Eagle begins the game as a recurring antagonist. As the player, in control of Andy and the Orange Star forces, fights their way through Blue Moon and Yellow Comet, Eagle harasses them on occasion. He appears to hold a grudge against Andy.

Once Orange Star's military reaches Green Earth, Eagle reveals the reason for his grudge: Andy was seen leading an army of Orange Star troops on a sneak attack into Green Earth's territory, killing many of Eagle's men. Eventually, it is revealed that the "Andy" that Eagle saw was actually a clone created by Sturm, and Eagle joins forces with Orange Star. He begins to see Andy in a new light, as more of a worthy opponent than an enemy to be destroyed, and by the end of the game the two are more "friendly rivals" than enemies.

Eagle is a specialist with air units, granting them higher firepower and greater fuel efficiency. All ground units are standard, while naval units suffer from a crippling reduction in power.

Allows all of his non-infantry Units that have already moved to move again at the cost of reduced attack and defense.

To unlock Eagle, you must play as Sami for all the four Green Earth missions after Yellow Comet. Doing so will make Eagle take command in The Final Battle, allowing you to play an extra mission "Rivals!". You can then buy him from Hachi for 80 coins.

Eagle alongside Drake and Jess battles against Hawke during Black Hole's attempted takeover of Green Earth.

Eagle's air units receive a 15% attack bonus and a 10% defence bonus. His naval units suffer from a 30% attack penalty.

Increases the attack and defence of his Air Units by 15% and 20% respectively.

All non-infantry units may move again. His air units have 130% attack and defense. All other units have 110% defense.

To unlock Eagle, you must complete the mission "Great Sea Battle". You can then buy him from Hachi for 600 points.

After the Black Obelisk is destroyed and Black Hole mounts a counterattack, Eagle is one of the Macro Land COs who arrive to reinforce the Allied Nations troops in Omega Land, along with Grit, Sami, and Sonja.

All Eagle's air units have 120% attack, but his naval units have 90%. His air units use 2 less fuel each day compared the baseline.

All his non-infantry units can move and attack again, but their firepower is reduced. Aircraft attack at 70%, vehicles at 60%, naval units at 55%. Standard 10% boost to attack and defense is applied to units moving for the first time.

All non-infantry units may move for a second time. All his units receive the standard 10% bonus to attack and defense.

Eagle has Tag Breaks with the following COs:

Eagle is also available from the start, as opposed to being unlockable in the previous two games.

In Advance Wars 1, Eagle is quite a decent CO. His air units have higher firepower and use less fuel, giving his air units superior mobility and superior aerial combat overall. His ground combat is average, which can be seen as good or bad. Eagle's naval units are worse than others, making him the least suitable for naval combat by far. His CO power, Lightning Strike, is potentially extremely devastating. An extra turn is a true luxury no one else has, and if the opponent lets down their guard and misplaces some vital units, the consequences could be game-ending. Overall, Eagle is a tough CO, with possibly the best CO power in the game.

In Advance Wars 2, Eagle received some changes. His air units now have increased defense, but his naval units are even weaker. Eagle's naval units are now completely not worth using, as his cruisers and subs fail to OHKO enemies in vital matchups. His new normal CO power is quite weak for 3 stars, as the firepower and defense boost for air units is middling. Lightning Strike is still as powerful as ever, but it is very expensive at 9 stars. Anti-Airs are the bane of Eagle players, as they can counter even Bombers with ease for highly cost effective trades. With the amount of ground and direct-combat specialist COs in Advance Wars 2, Eagle is at a constant threat of getting Anti-Airs shoved in his face. Overall, Eagle is at his weakest in Advance Wars 2. Despite the new increased defense of air units, they are still heavily countered by Anti-Airs, and Eagle's naval combat has become essentially non-existent.

In Dual Strike, Eagle sees a return of some sort to the skies. His firepower boost for his units is no joke, and his firepower penalty for naval units has been slightly alleviated. Eagle's CO power has been reworked to mirror a weaker version of Lightning Strike, his Super CO power. For just 3 stars however, an extra turn is a great deal, regardless of the weaker firepower. It should be noted that Eagle and Sami are considered to have the most broken Tag Power in the game, so having them as partners is truly terrifying. Overall, Eagle has improved his composure from Advance Wars 2. He still has a major weakness in the form of Anti-Airs, but his superior air combat and reworked CO powers make him a real threat.

Against Eagle, Anti-Airs are key. Highly disadvantageous for all air units, the mere presence of them can force Eagle players to back off a bit. Eagle enjoys large maps, where using air units are the most beneficial. Eagle is at his worst when the map is too small for him to enjoy the extra turns of his CO powers, or when the map encourages the use of naval units. Despite having superior air combat, building a few air units of your own like Fighters and Battle Copters can fight with Eagle's units. His ground combat is average, so COs specialized in ground combat or close combat can defeat his land forces easily while making Anti-Airs an even bigger threat for Eagle.

"The Eagle soars above you!"

"I have no interest in underlings. Begone!"

"All units, ready for attack! Don't even give them time for regret!"

"Speed is the lifeblood of battle!"

"Do you think you can keep up?"

"Heh heh... Impressive!" You had almost overtaken me. Almost!"

"Another victory! Was there ever any doubt!"

"You're not even worth my time!"

"I've caught you with your guard down!"

"This ends here and now!"

"Humph! I don't like this at all! That thing is giving me the willies!

Eagle: "I want you to promise me something, Sami. Promise that if we both return from this battle alive..."

Sami: "Oh no you don't! Stop it right there! If two people make a promise like that, one of them is going to end up dead! You might as well tell me that you're two days away from retirement! Save the promises for later, OK? We'll talk when we get back in one piece." 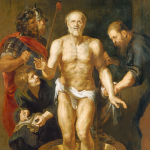 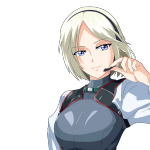