Blue Moon is one of the five main forces of Wars World. To date it has appeared in all installments except for Advance Wars: Days of Ruin/Dark Conflict (and the Japan-exclusive Game Boy Wars titles in which it is replaced with an army known as "White Moon").

Blue Moon specializes in a combination of overwhelming their foe with superior numbers and limiting the enemy's ability to counterattack by using weather conditions and indirect attacks.

Due to Clone Andy leading an invasion on their land, Blue Moon was at war with Orange Star at the beginning of the original Advance Wars, though later allied with them, co-finding the Allied Nations along with Green Earth and Yellow Comet to defend against the Black Hole invasion. 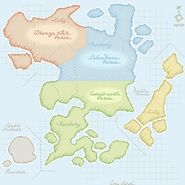 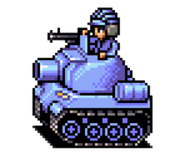 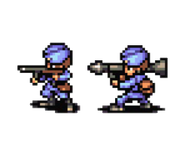